The difference between pallets vs skids

Skids have no bottom boards. They are comprised of top deck boards and stringers. A wooden skid is often used as a permanent foundation for heavy equipment. Also, a skid can be dragged more easily than a pallet. Because of this, #skids were popular during the second world war to transport supplies because the lack of bottom boards meant the skids could be dragged through sand.

This wooden skid has 7 top deck boards and 3 stringers. The stringers are notched to allow the skid to be picked up from the sides with forks. There are no bottom deck boards.

Pallets are comprised of top deck boards, stringers, and bottom deck boards. They are more stable than skids because of the bottom boards and are much more commonly used. A pallet can have 4 way access or 2 way access. 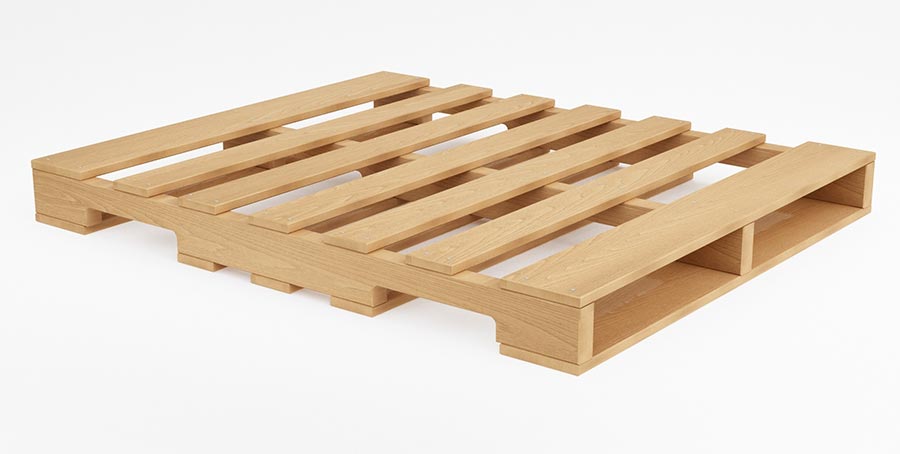 This wooden pallet has 9 top boards, 3 stringers, and 4 bottom boards (2 on each end and 2 butted up against each other in the middle). The stringers are notched to allow the pallet to be picked up from the sides with forks.

When deciding on whether to purchase pallets vs skids, consider what their use will be. Skids are less expensive than pallets because there is less lumber used but are often not the best choice for most needs.